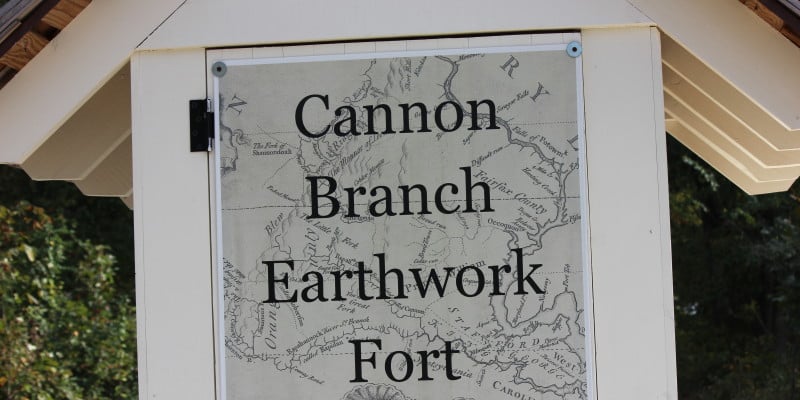 It appears likely that the fortification was built by Union Forces circa 1863-1864 as part of a series of forts sited along the railroad to defend supply lines. Archaeological evidence including fire-cracked rock and quartz spear points indicate that this site may have been used as a seasonal base camp by Native Americans.