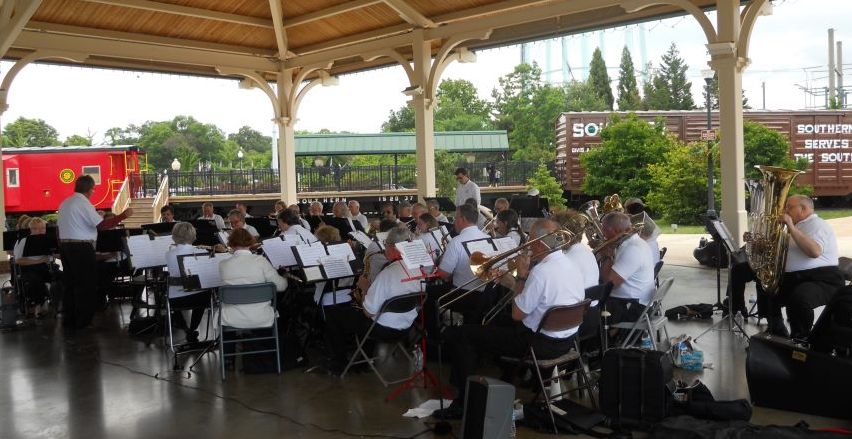 The Kings Park Band from Springfield, Virginia was formed in 1965 with nine people, donated music, and a basement rehearsal room. It has grown to a full concert band of over 55 adults with a paid professional conductor. Programs feature typical band music, including light classics, marches, and popular compositions.
The dedicated volunteer members of the Kings Park Concert Band carry on the American community band tradition through the presentation of free public concerts. Over the years the band has performed in a wide variety of locations, including Fairfax County parks, the Elks Lodge #2188 in Fairfax, and our own Kings Park Community Park.