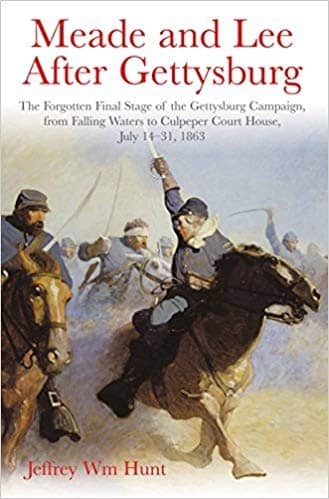 About the Book:  Meade and Lee After Gettysburg, the first of three volumes on the campaigns waged between the two adversaries from July 14 through the end of 1863, relies on the Official Records, regimental histories, letters, newspapers, and other sources to provide a day-by-day account of this fascinating high-stakes affair. The vivid prose, coupled with original maps and outstanding photographs, offers a significant contribution to Civil War literature.

Thanks to Hunt these important two weeks—until now overshadowed by the battle of Gettysburg and almost completely ignored by writers of Civil War history—have finally gotten the attention they have long deserved. Readers will never view the Gettysburg Campaign the same way.