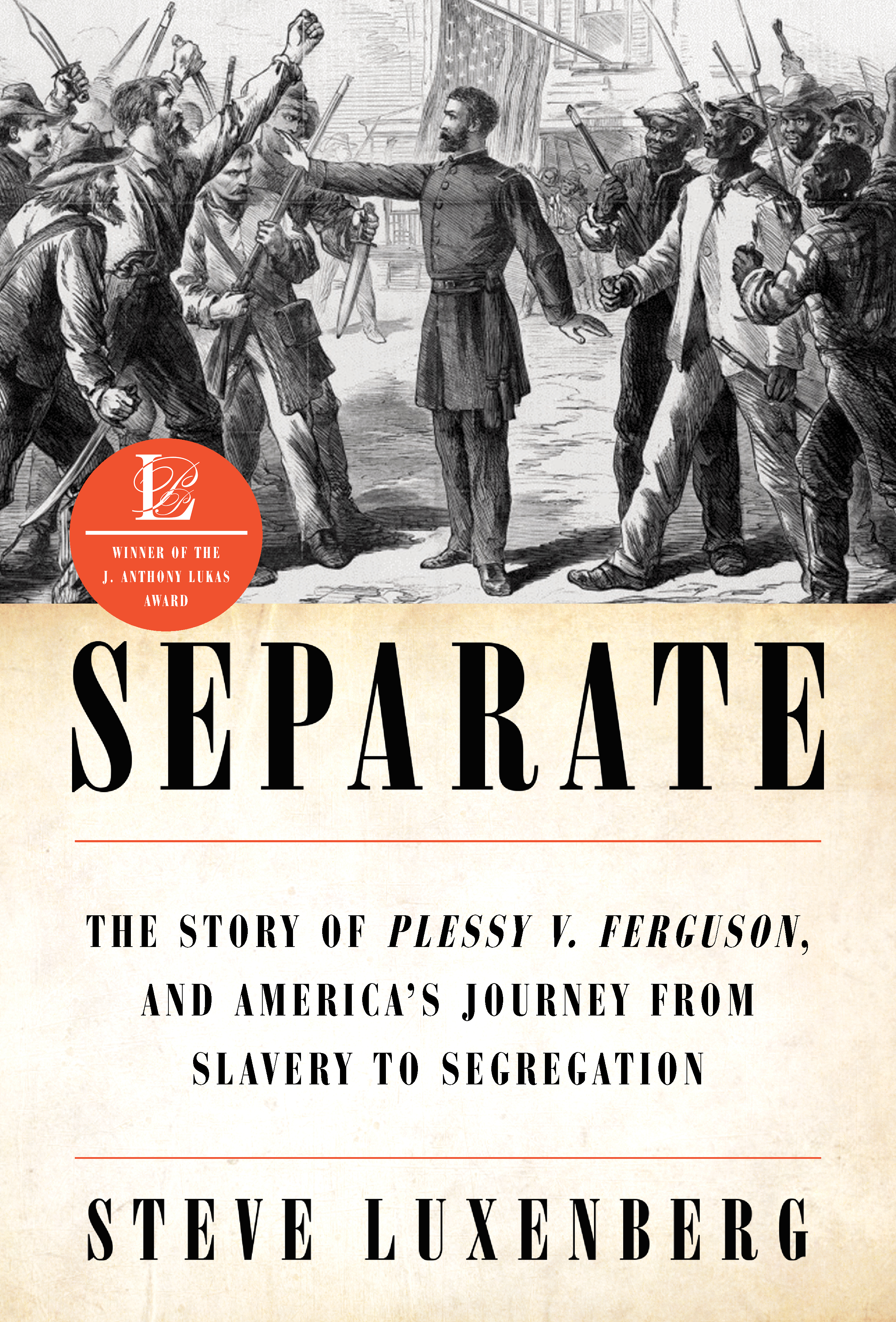 SEPARATE: The Story of Plessy V. Ferguson, and America’s Journey from Slavery to Segregation; 1:30 p.m

ABOUT THE BOOK: Plessy v. Ferguson is synonymous with Jim Crow laws and the unjust doctrine of “separate but equal.” But few Americans know more than the name of the case or have more than a superficial understanding of its origins and outcome. In his myth-shattering new book SEPARATE: The Story of Plessy V. Ferguson, and America’s Journey from Slavery to Segregation, award-winning author Steve Luxenberg tells one of the most compelling and dramatic stories of the 19th century, cutting to the heart of battles over race and equality that have raged throughout American history to the present day.

ABOUT THE AUTHOR: Steve Luxenberg is the author of the critically acclaimed Annie’s Ghosts: A Journey into a Family Secret. During his thirty years as a Washington Post senior editor, he has overseen reporting that has earned numerous national honors, including two Pulitzer Prizes. He lives in Baltimore, Maryland.