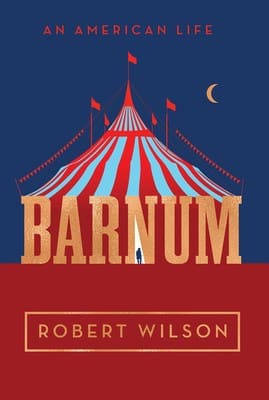 About the Book: Barnum is the first major biography of the circus entrepreneur P. T. Barnum in a generation. It vividly captures the full genius, infamy, and allure of the ebullient showman who, Robert Wilson argues, was one of the most important Americans of the 19th century.

About the Author: Robert Wilson is also the author of The Explorer King (2006), a biography of a 19th-century explorer of the American West, and of Mathew Brady: Portraits of a Nation (2013), about the Civil War photographer. He is the editor of The American Scholar magazine and has lived in Manassas for 32 years.