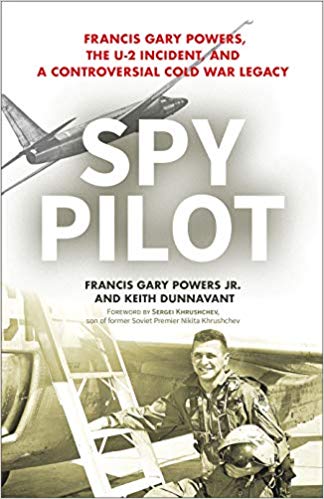 Based on newly available information, the son of famed U-2 pilot Francis Gary Powers presents the facts and dispels misinformation about the Cold War espionage program that turned his father into a Cold War icon. One of the most talked-about events of the Cold War was the downing of the American U-2 spy plane piloted by Francis Gary Powers over the Soviet Union on May 1, 1960. The event was recently depicted in the Steven Spielberg movie tarring Tom Hanks called “Bridge of Spies.”

Because of his efforts to honor Cold War veterans the Junior Chamber of Commerce selected him as one of the “Ten Outstanding Young Americans” for 2002. Gary lectures internationally and appears regularly on C-SPAN, the History, Discovery, and A&E Channels. He is married and has one son.