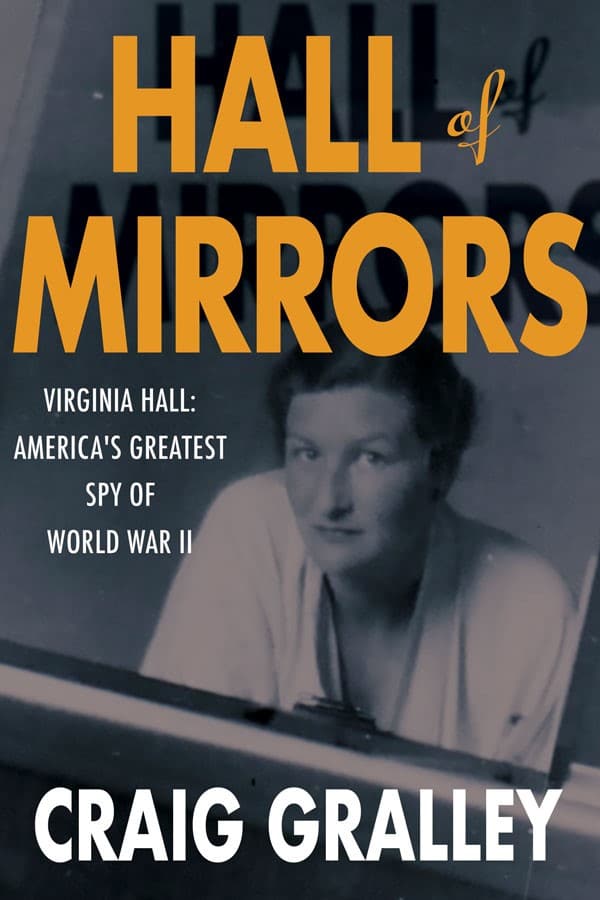 About the book: Hall of Mirrors” is the story of Virginia Hall-a former State Department clerk who, after losing her leg in a hunting accident, suffered discrimination, quit and was recruited to become the Allies’ first spy to live behind the lines in WW II France. She organized resistance groups, conducted sabotage operations, and reported secret intelligence back to the Allies. Eventually betrayed, Hall escaped the Gestapo’s Klaus Barbie (the “Butcher of Lyon”) by crossing the snow-capped Pyrenees, dragging her prosthetic limb behind her. Despite her harrowing escape, Virginia demanded to return to France. Her spymasters refused, telling her it was a suicide mission. But Virginia ignored the dangers-certain capture, horrible torture, a painful death-and returned to France on the eve of the D-Day invasion.

About the Author:  Early in my career as a CIA analyst, I arrayed facts as one might arrange bits of tile to create a mosaic. I argued with others, who, using the same facts, created a different montage, a different story. We debated the details, forged consensus, presented alternatives. Our analyses went to our country’s top leaders. They took action based on what we wrote.  I learned that words matter. Over the course of my career I’ve worked in all of the Agency’s major directorates, with scientists, agents, seventh-floor officials, and while the topics and people changed, the common denominator of my experience was a simple instrument: my pen.  Now, I’m free to chart my own course.  As a former Senior Intelligence Officer with decades of writing experience and post-graduate degrees in Government from Georgetown and Writing from Johns Hopkins, I’ve set my sights on freelance writing—with a focus on people.