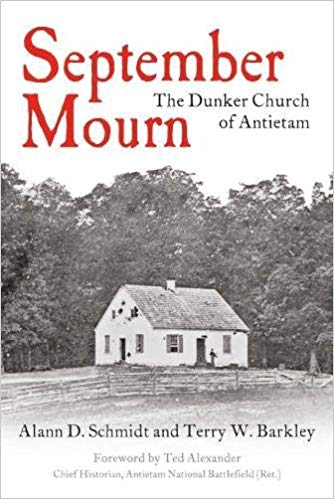 The Dunker Church is one of the most iconic structures of the American Civil War. Surprisingly, few people know much if anything about its fascinating story or the role it played within the community of Sharpsburg and its importance during and after the Battle of Antietam. September Mourn: The Dunker Church of Antietam by Alann D. Schmidt and Terry W. Barkley rectifies this oversight in the first book-length study of its kind.

Terry is an independent scholar and musician who lives in Lexington, Virginia. This is his fourth book.