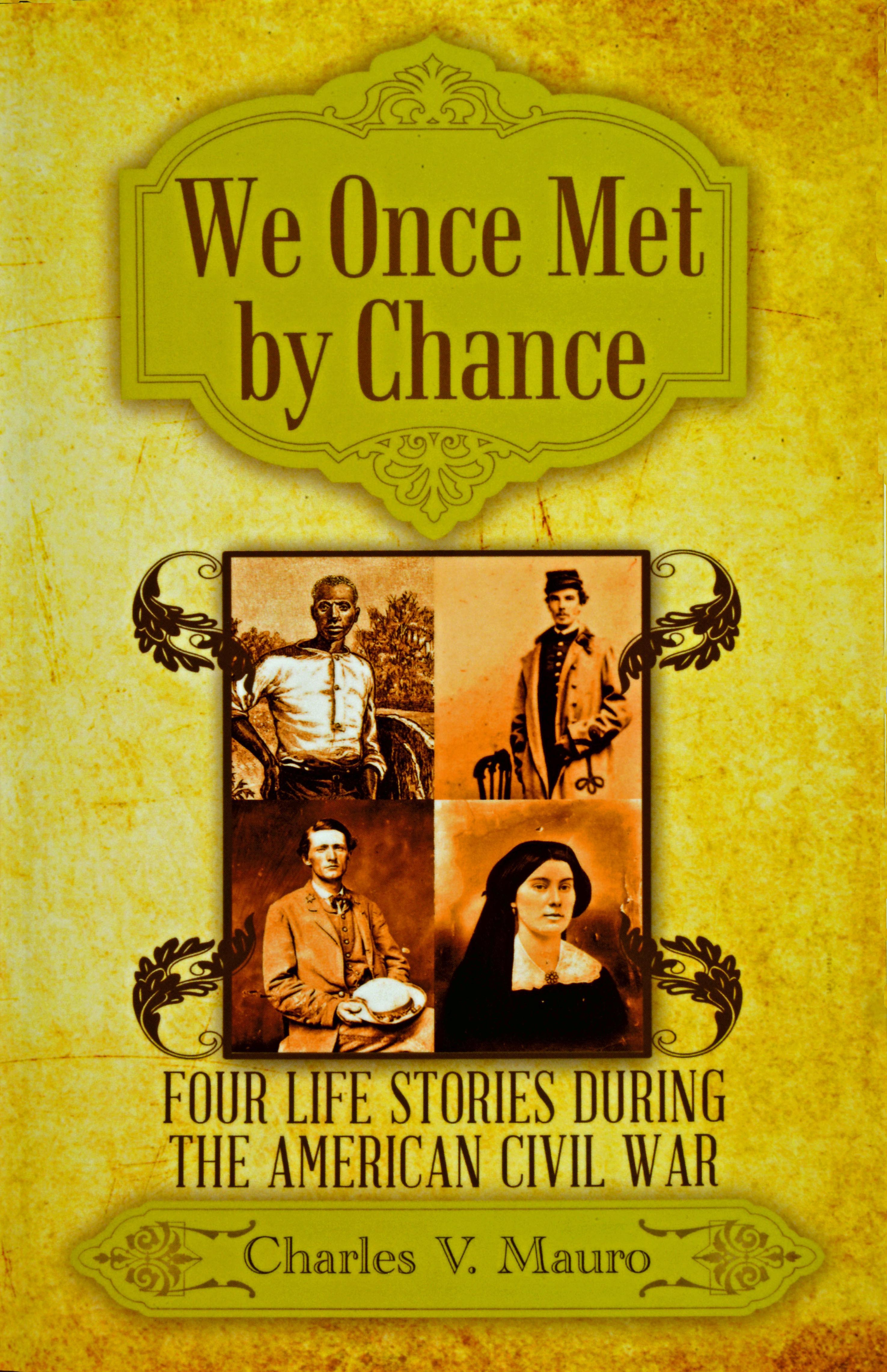 Free Book Talk with Author Charles V. Mauro on his book We Once Met by Chance: Four Life Stories of the American Civil War.

Colonel John S. Mosby was a Confederate officer from Virginia assigned to lead guerrilla activities outside the city of Washington. His mission was to keep the Union soldiers stationed there rather than fighting in the field against the Army of Northern Virginia under General Robert E. Lee.

Charles Russell Lowell of Massachusetts was a Harvard graduate from a prominent abolitionist family. He joined the Union army, eventually becoming the colonel of the 2nd Massachusetts Cavalry. He was sent to Virginia to capture or kill Mosby.

Laura Ratcliffe was a young southern lady living in Northern Virginia. She supported her home state of Virginia during the war in any way she could, including spying for Colonel Mosby.

James Robinson, was an African American living with his family in Manassas, Virginia. The land that he owned and lived on would become the central part of the battleground for two of the major battles during the war.

We Once Met by Chance is the story of the Civil War from the perspective of these four individuals. Readers learn about their lives, their families, and their aspirations during these tumultuous four years in American history.