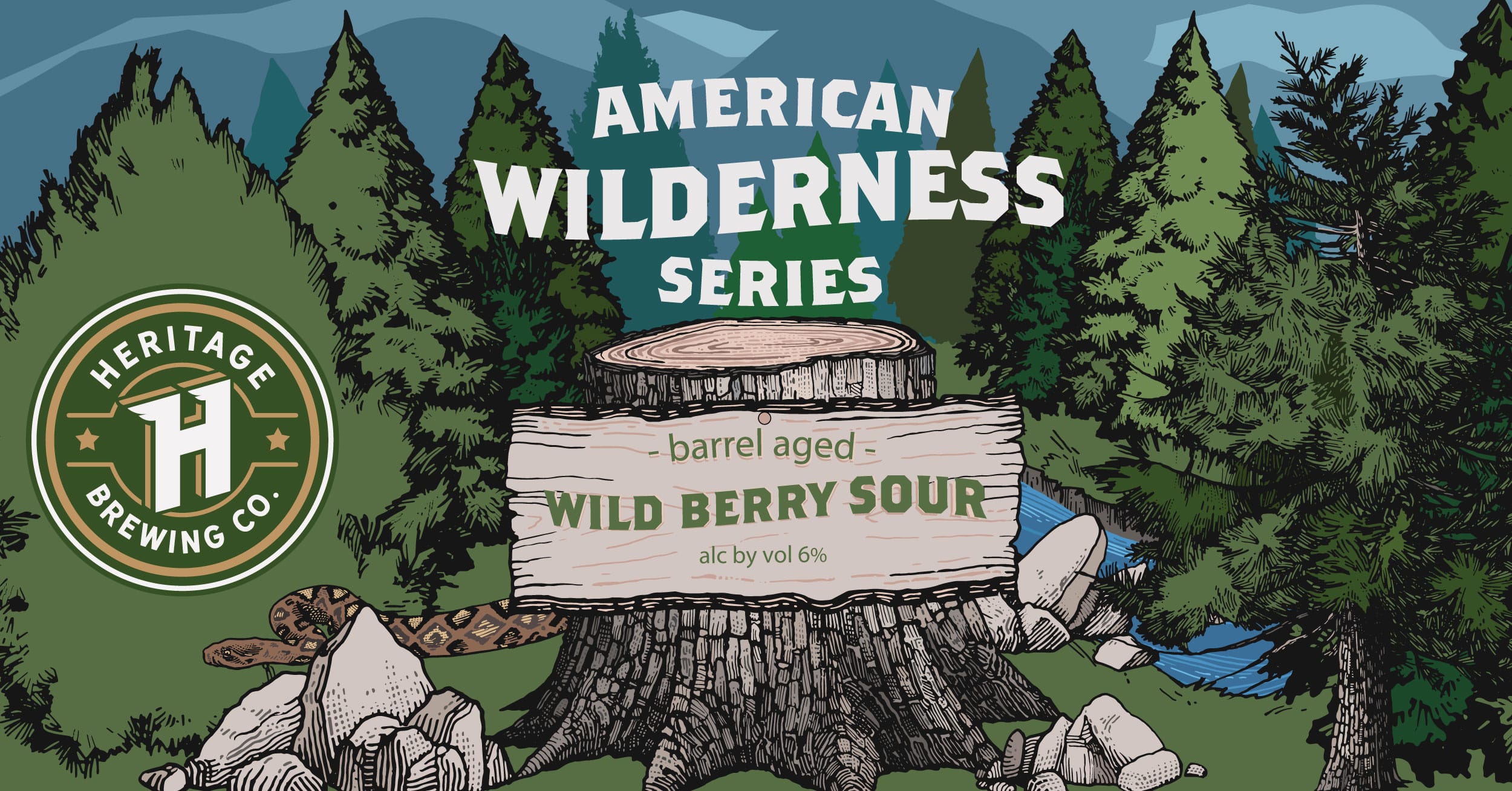 Barrel Aged Wild Berry Sour is one of Heritage Brewing Co’s most sought after and treasured releases. This will be the third and final release this year.

This beer is a spontaneously fermented american wild berry sour with brettanomyces and lactobacillus aged in locally sourced red wine barrels. It has soaked for 24 months in these barrels absorbing the tannins and flavors of America’s oldest native grape, the Norton. After finishing its cellaring cycle we bathed this rich red sour in a bed of raspberries, blackberries, and blueberries pulling in a light sweetness and an aromatic fruit filled nose. The result is a beer worth hoarding, at 6% this Wild Berry Sour is a treasure to the senses and will not disappoint any wild beer enthusiast. We have invested an incredible amount into making this beer and we are immensely proud to present it to you.

It will be only be available on draft with a limit of two pours per person at both our Heritage Brewing Co. Market Common Brewpub & Roastery as well as our Manassas taproom.

This is the final release for this year, each of the previous releases sold out either day of or the following day, so show up early if you intend to try some.