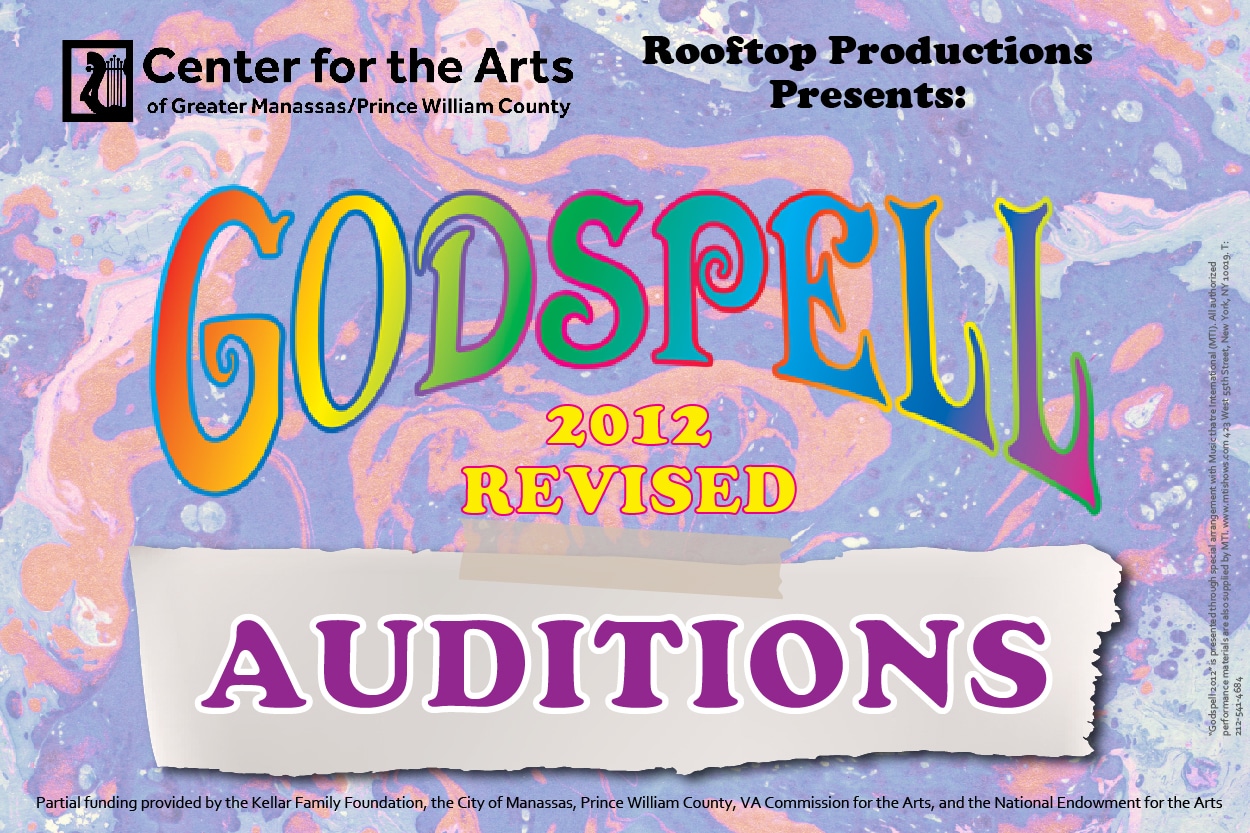 Join Rooftop Productions as it closes out its season with an eclectic, revamped production of Godspell (2012). Based on the Gospel of St. Matthew, Godspell (2012) is the story of a comedic group of people led by Jesus who help him portray the different parables. An array of storytelling techniques, games, audience participation and a hefty dose of comedic timing bring these well-known stories back to life. Featuring musical favorites and new lyrics such as “Day by Day”, “Learn Your Lessons Well” and “All Good Gifts” by Stephen Schwartz, Godspell (2012) is a “masterful retelling of the original sensation, injected with contemporary references and dazzling new arrangements.” Godspell was conceived and originally directed by John-Michael Tebelak, and originally produced on the New York stage by Edgar Lansbury, Stuart Duncan and Joseph Beruh.